After a few months of public development, this report marks an important milestone in the development of the Vector Thrust. From now on it will be possible for those who support the project and be able to play the alpha.

This will have additional importance from here on, because the development will give additional attention to players feedback.

Without further ado lets talk about the game:

A Campaign with 6 missions and one extra for the battle scenario. (It is less than initial expected, but that isn’t really a problem considering how easily is to make missions. Also it will be added more missions in frequent updates)

Note at this point it’s possible to make and play campaigns from start to finish. With the ability to unlock/buy/sell planes and weapons.

As stated before, the game menus are purely functional, however game play is a very developed aspect of the game.

Also something to take in consideration, the current campaign hardly uses half of the content available, so for those who want to make their own missions, they will have more to work with.

As an alpha, in this fist release, there is little variety in ground objects, and some objects act as placeholders, but they will be replaced for the final models as they will became available.

After this release, updates will follow every week for free.

Most of the effects for now are generic and some are placeholders, they will be immediately improved in next updates.The same thing applies to maps; they will be improved and detailed as development progresses.

In this these updates expect new missions, units, weapons, and successive tweaking in the gameplay and missions as more mechanics became available.

As for game mechanics, the updates that will be added in the following weeks will be:

And after these additions the price will rise a little bit, an from here on, whenever a group of relevant features are added (to see more what will be the upcoming features, go to report-017) 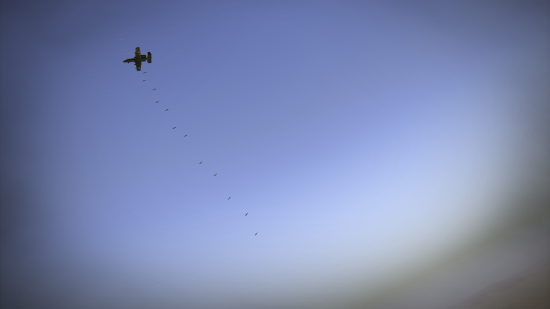 There will be a slight change in future reports, it will be added more emphasis in the addition/changes in gameplay as now it will be possible for everyone to experience these changes.

For those that were expecting a demo, unfortunately it won’t be available for now. Playing the game is exclusive for those who pre-order the game.

Also for those who like to try the demo to check if it works properly in their pc, the game has very low system requirements, but in case of any incompatibility please use the Support in forums and your issue will be immediately attended.

For everyone interested in supporting this project and are not used how alpha funding works, please do not expect a completed game. There is a lot to be improved, especially menus, including the addition of more content (missions, units and weapons), but in terms of gameplay the game is already very polished and the user is able add any content and change every aspect of the game.

And finally, feel free to share your opinion, what you liked and don’t liked and also to make your suggestions about the game.

PS: it was only after publishing that was noticed that a texture from the gun muzzles was missing; it will be fixed in the next update that will be available in just a few days.

And finally regardless if you want to support now the game or latter, thank you for all who have been commenting or following the game up till now. And for those who support, hope you’ll enjoy this alpha, and looking forward to hear from you.