After the last addition of the Karel Doorman in this naval fleet, it has become obvious that is a growing threat and they shouldn’t be ignored any more.

So in response, it was devised a plan to take down this group:

Carefully studying the fleet, they appear to have this layout: 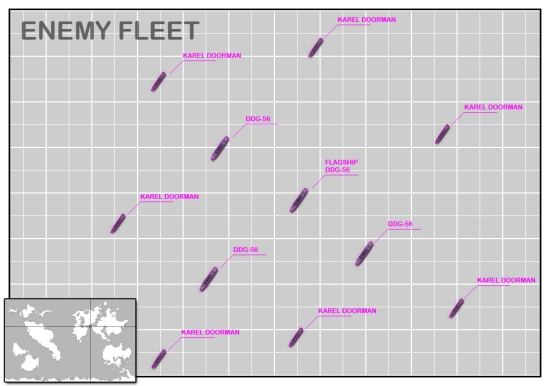 The center DDG-56 is the flagship surrounded by other DDG-56. Flying above this fleet is suicidal, so the best way to approach is attacking from distance with long range anti-ship missiles or Sea-skimmingtactics.

Another note, is more efficient to disable the ships on the borders the before moving to the center of the fleet.

For the main strike unit, it was selected the F-16C. Currently it is one of the aircrafts we have available with more variety in weaponry.

Also the Harpoon missiles are great tools against ships. The aircraft agility was also considered for this operation.

Other unit that was selected for his mission was the su-27s, it excellent maneuverability will offer a great help against the enemy aircrafts. 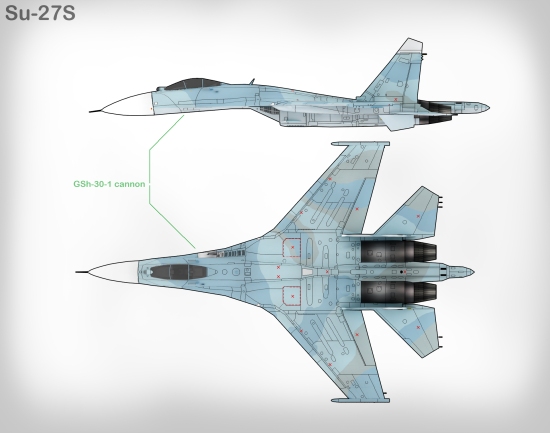 The goal for this mission is sinking the enemy fleet; the f-16C squadron will be equipped with anti-ship missiles to increase effectiveness.

To support the strike unit, 3 Su-27s will help engaging the enemy aircraft moving them away from the ships.

This mission is very dangerous and the ships must be destroyed as quickly as possible to avoid great losses, also it is unknown if the enemy will send more reinforcements.

(note: this is a pre-alpha version, it may not represent the final quality of the game)