In a week more centered in the mechanics, was still possible to find time to request additional units and weapons.

One role lacking in the ground division is the support artillery, the may PHZ 89 help minimizing this need, however the rocket artillery is more suited for defense than offence.

To fill this hole, the first howitzer was delivered, it was the AS-90:

The AS90 is a modern tracked 155mm self-propelled howitzer with the conventional layout.
It is well armored and has a very high fire rates and very high accuracy. 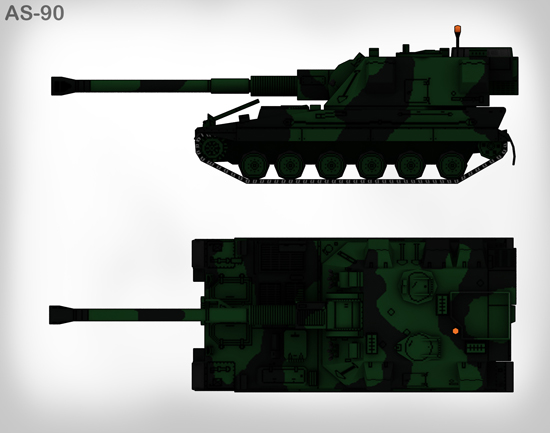 The Self-propelled artilleries are combat vehicles specifically designed for very long range engagements. Their long range and high accuracy can be compared as the equivalent of a sniper.

His high accuracy means it can support allied units, even if they are in the firing range and without the fear of hitting them.

They have an important role as they are very effective bombarding structures, but they are vulnerable to agile units and they must be stationary when firing. 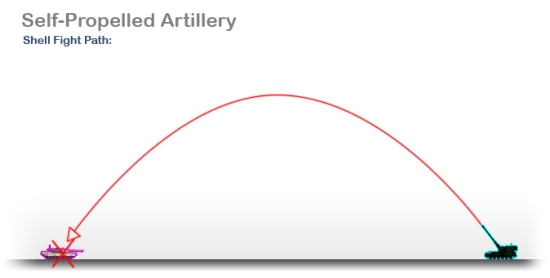 As a slight variation it was also added, the upgraded version of the As-90: 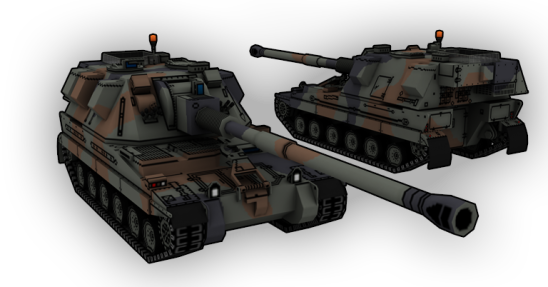 The braveheart version has 52 caliber length gun instead of the normal 39 cal.
It trades a little loss in rate of fire for a more powerful shells and longer range.

A shot of the AS-90 Braveheart in game:

Notice the normal AS-90 and Braveheart have different camo paints to help distinguish them more easily.

Even thou there is a very slim chance of that happening, our pilots must be careful when flying in the firing range of howitzers and rocket artillery during an intense bombardment, as they could be accidently hit from an enemy artillery.

Another topic approached this week was the lack of compatible weapons for the newest aircraft, the MiG-21 Bis.

To improve the air-to-air capabilities of the fighter, it was added two new missiles.

First the R-60M. A variation of the R-60 that is used by the Mig-21 Bis as a standard weapon, this missle however, with improved performance acts as an all-specs high mobility close range missile.

The R-55 is a slight outdated missile, but it has his strategic value as it is more powerful and has a slight longer range as the standard missile.

A good choice if the pilot needs more ammo, however it only locks to air units.

As the top 100 indies is now closed, a word of thank you to all that voted, those who are watchers and those who just occasional stop by. Thank you and happy holidays to you all.