After the addition of the draken, it became visible the need of similar performance aircraft in order to have balanced dogfights.

In response of that need it was added the MiG-21 Bis:

The Mig-21 bis can be considered a multi role aircraft as his performance is decent in both air and ground roles.

In case of our pilots facing these planes, using a higher spec plane in a dogfight they may not impose much of a threat, but if spotted in numbers, they should be handled with caution.

After adding the MiG-21 Bis to the selection of flyable aircrafts, it was noticed in our hangars that there wasn’t any compatible weapons for it.

To fix that it was request a new supply of weapons:

The R-60 missile will be used as the standard missile. His specs will be almost similar as other missiles with the same role.

Other thing worth note is the R-60 can be pre-programmed to explode if it loses his target. 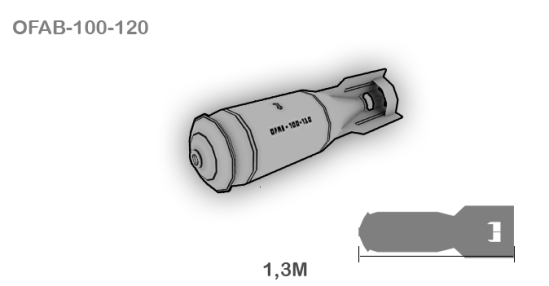 OFAB-100-120 is roughly equivalent to the MK-81 bomb, however this bomb is designed to engage lightly armored and easily vulnerable materiel, military industrial facilities, as well as manpower.

Because of this, this weapon it isn’t suited for sheltered and reinforced installations or heavy armored units.

Currently, the weapons don’t have specific requirements how they should be used. Such limitations or requirements will be added later.
For example OFAB-100-120 should be dropped from altitudes of 500 to 15,000m and at a speed of 500 to 1,150 km/h.

It is not yet clear if the pilot will be able fire the weapon beyond the requirements, in that case, the weapon effectiveness will be reduced as a penalty.

Also, only some special weapons will have such limits and the pilot won’t be forced
to remembering them, the HUD will help the pilot reaching the optimum firing
values.

This report arrived a little late that should be expected, but the next will follow the normal routine.

A topic that came to table this week, it was the game localization.

I may seem unimportant at this point, but in fact the earlier it is approached the better, certainly many people would be interested in playing the game in their native language. Unfortunately, at this point it would be impossible to have a decent localization for every language. Facing this limitation an idea came to mind, offering the users the possibility of translating the game themselves. This system should be simple, clean and effortless as possible and those who are interested could easily translate the game and share the file to friend so others could enjoy the game in their native language.

So that’s the basic idea. It may not be as simple as there are some issues to work on. But any suggestion or feedback about this topic is very welcomed.