Earlier this week we have found a fleet of destroyers stationed in international waters.
One of our pilots flied close enough to have a clear shot.: 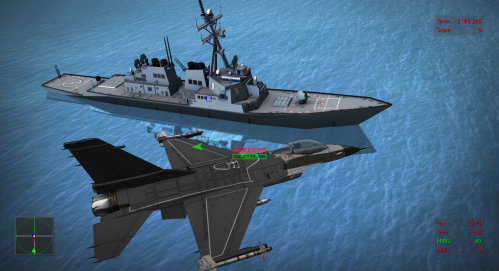 After some analysis, it was possible to identify the ship:
It was identified as a DDG-56 destroyer class.

It’s a powerful warship and can impose a great threat to our allied aircrafts, but we are still
not certain about its armament.

There are two possible loadouts: 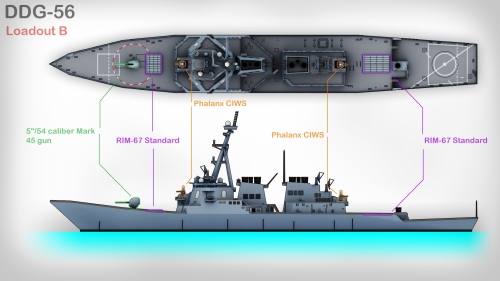 Note:
Each weapon is Autonomous and the warship can acquire different targets simultaneous.

In the next reports we will have a clear conclusion about the armament. And also, it will be considered if each weapon can be targeted and destroyed individuality.
It is known that the destroyer class has the ability to carry helicopters, but for now, every destroyer that was spotted  didn’t had any helicopter docked. Currently that ability isn’t a priority, but will be further studied in the next reports.

Suited for long range engagements with high precision strikes, but the tracking system
is inefficient at close or against speed boats. Some aircrafts are already carrying this weapon just in case:

Other updates this week: